Coronavirus: The Penny Drops and I Finally Understand the Big Picture

I am not a medical expert, but as a scientist and a retired government advisor I have been greatly puzzled by the apparent over-the-top response of the world’s governments to the coronavirus. At first glance, it seems like a total overreaction to a case of a bad flu. Nothing like this was done for other nasty viruses like SARS, Swine flu, H1N1 and Ebola. After listening to a host of medical experts, I have come to realize that the coronavirus is not, for most individuals, a health crisis, but it is a major public health crisis for governments. There is a big difference. The coronavirus can be seen as a crisis for the medical system, and not a crisis for health of individuals—with a few sad exceptions.

As I understand it, the coronavirus has several characteristics that, when combined, produce a potentially alarming nightmare for governments. First, it is new with no cure, and therefore it creates a lot of fear. Second, the virus is highly contagious, although there are a lot of more contagious viruses out there. Third, the virus kills some vulnerable people (some 1 to 3% of affected people), although there are far more deadly viruses out there. And fourth—and this is what caused the penny to drop for me—the majority of people don’t even know they have it or get symptoms that they barely notice. These people are not sick in bed; they are out in society unknowingly spreading it widely to many others, who in turn spread it to others … and so on. If a really virulent virus causes everyone who gets it to become very sick, they immediately go to bed or go to hospital. They do not go out into society, and so the spread of the virus is very slow and the number of cases at any one time is low. The coronavirus is not like that. Because most people don’t even know they have this very contagious virus, the spread is very fast. If society continued on as normal, and given the virus’s highly contagious nature, it is likely that within a several months or so everyone will get it—even if they don’t know it.

So, in Canada, with a population of over 37 million, this could mean 37-million cases in six months or so. This is where the statistics get scary—and this is the scenario that is giving nightmares to the world’s governments. Around 87% don’t notice they have it or get mild symptoms for a few days and binge watch some TV, but about 13% of infected people get very sick and must seek hospital treatment. Thirteen percent could mean for Canada up to 5 million hospital cases in a few months. No health system in the world can handle that. And without intensive medical intervention, possibly 700,000 of those would die! Such intensive help would not be available if the medical system was overwhelmed. Inevitably the spread will happen and those 13% will eventually get sick, but the governments of the world want to slow the spread so that medical help will be available for all the 13% when they need it. “Flatten the curve” is the expression being bandied about these days. For the United States, multiply the above numbers by 9, and the situation becomes even more nightmarish. The inevitable panic and irrational behaviour by individuals and governments will, of course, make everything even worse.

The combination of a highly contagious virus with low or no impact for most and high impact for a some also explains (to me) how the virus is spreading as it is. It is being initially spread by people coming back from travels aboard. These generally healthy and active people get exposed, generally show no symptoms and have gone on to spread the virus widely but unknowingly when they return. To where has the virus spread after it started in China? To the wealthier countries of the world whose citizens can afford to travel: Europe, North America, Australia. Only later will it spread to less wealthy countries where the medical infrastructure is even less capable of coping with huge numbers of patients at one time. This distribution is
exactly what the global maps of the spread show.

All this explains to me the unprecedented and draconian responses by the various governments of the world—even at the expense of the economy, which is usually the most sacred and cherished component of all governments’ policies. These initial responses are focused on reducing social contact, both outside and inside the country. They include closing all mass gatherings, limiting all non-vital interactions, and unprecedented travel bans with two-week quasi-voluntary quarantines for travellers (the period for the illness from exposure to symptoms, if any, is generally 5 to 10 days, or 14 days at most). These actions will slow the spread, but inevitably they will not stop it. This difficult situation will not end quickly in a few weeks. In fact, the whole point of all this government action is not to make the situation end quickly, but to make it drag out for a long time so that the medical system will not be overwhelmed all at once. Eventually, I think it likely that everyone will get it, even though most will never know it. For the vulnerable 13%, a slower rate will (hopefully) mean that the hospital beds and staff will be there when they need them and it will give time to develop a cure.

I write this as my wife and I are driving back to Canada from the United States after an abbreviated holiday in an area that had only just had its first case on the day before we left. The government of Canada practically ordered us to come back home immediately, even though at the time there had been only one coronavirus death in all of Canada. One! We are now facing our two-week home quarantine, even though we are perfectly healthy and were not exposed to anyone with the virus … that we know of. The quarantine will be inconvenient, but at least I now have convinced myself why it is necessary. Perhaps I will use the time to clean up my basement. 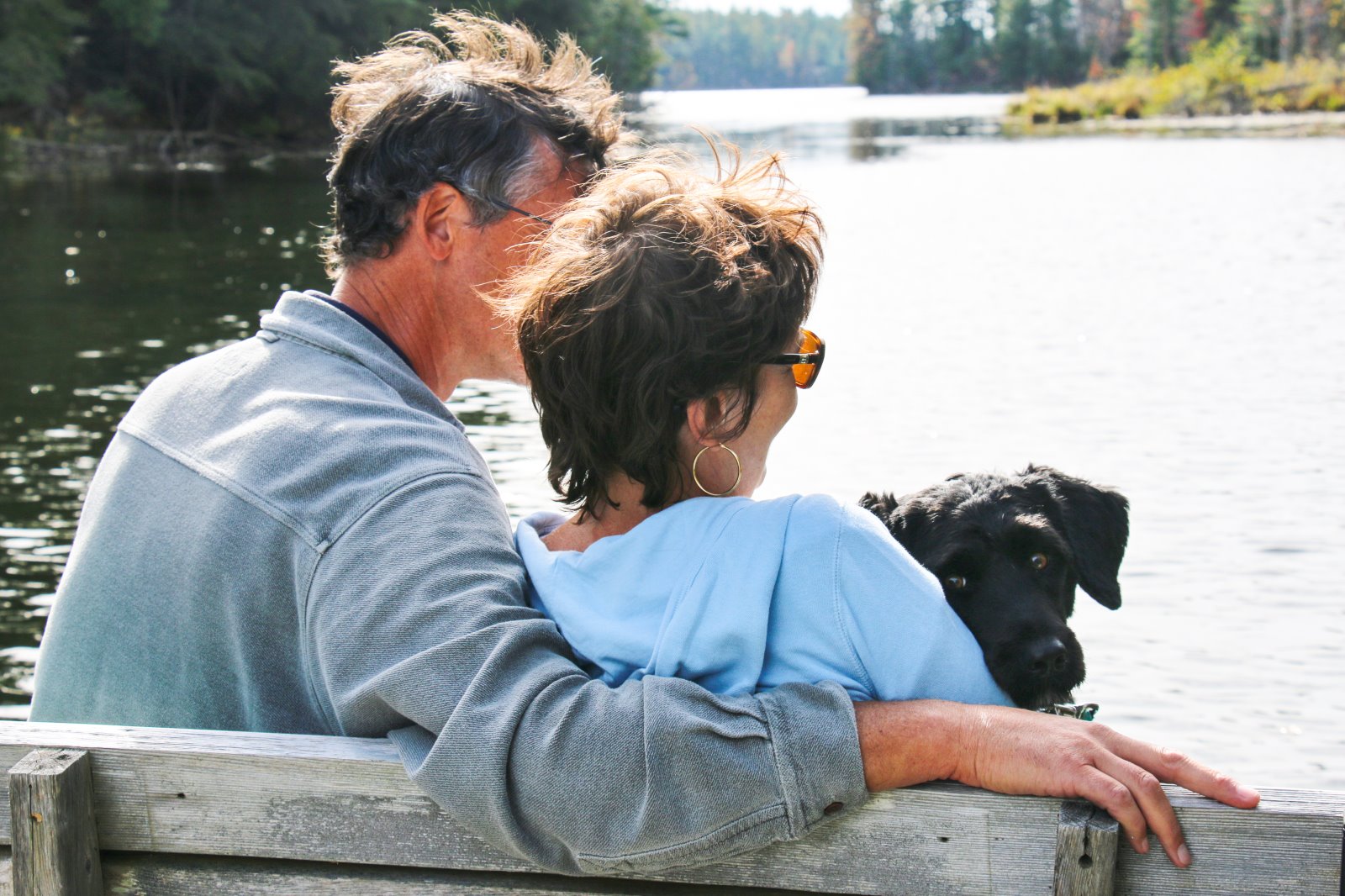 Adam Hardy has been married to his wife, Sara, for over 25 eventful years. Their life with Sara’s severe bipolar disorder has taken them from the depths of suicide attempts to the heights of sharing their story of hope with others. After 14 years of failed pharmaceutical experimentation, Sara began a relentless drive to manage her life without drugs. This has resulted in profound, and sometimes quirky, changes to her diet, her lifestyle, and her ways of thinking about herself. Adam has been a witness to this strange journey, and he tells their story from the forgotten perspective of someone married to mental illness.